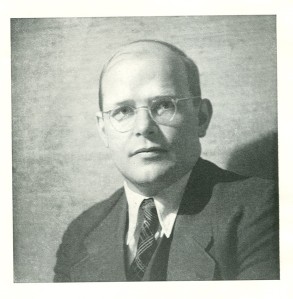 Nonetheless, today on Dietrich Bonhoeffer’s birthday, we briefly stop and remember this man who literally gave his life because of his Christian convictions.  However, I will not spend most of your time on what he did to resist Nazi Germany (which you probably already know), but rather to remember his time in Harlem, NY.

In 1930, Bonhoeffer studied at Union Theological Seminary in New York City and also attended Abyssinian Baptist Church in Harlem. Very few white Christians in America have been willing to place themselves under black spiritual leadership (the opposite is much more frequent), yet Bonhoeffer did just that and was shaped significantly by those experiences. He not only loved the Negro Spirituals and culture there (which he admitted he did), but he also had his faith impacted dramatically has he began to see life “from below”.  It was here that he  fully grasped the Church’s call to pursue justice and its unfortunate participation and perpetuation of racism and segregation.

So why Dietrich Bonhoeffer? Because he offers a model for what can be. People in the dominant culture can indeed emerge themselves into black culture and community, and more than that… they can actually learn and grow from that opportunity. So, I invite you to take the Bonhoeffer challenge, and immerse yourself in black culture, community, and history this month and see how it might impact you. Let me know if you are up for the challenge.

5 thoughts on “Black History: Focusing in on Bonhoeffer???”