Most people know that I have been shaped deeply by two Christian traditions and allow those streams to intersect (harmoniously at times, while other times with a bit of tension) in a dialogically manner. Those traditions are Anabaptism and Black Church theology. The reason for this engagement mostly comes from the reality that those two traditions are serious attempts at recovering a more faithful Christian witness in the world because the Western Christian witness, in a variety of different manifestations, has been implicated in a centuries long violent and oppressive civil religious mechanism, doing the ideological work of its empire. Given that Black theology and Anabaptism emerge from communities that directly and drastically suffered from the unJesus-like mode of being of Western Christendom, they are best suited to disrobe empire from Jesus and return us to ‘the way’. 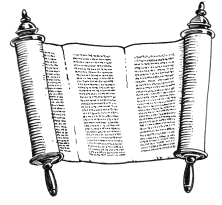 There is an early Christian document, way before Constantinian Christendom took root, called ‘The Didache’. Upon a closer reading, I noticed that this early Christian writing had theological and ethical elements within it that are characteristic of both Anabaptism and Black Theology. As you will see, the first passage is the actual opening of the document. It basically is a rehearsing of Jesus’ ‘Sermon on the Mount’, which has always functioned as a hermeneutical key for Anabaptist scripture reading as well concrete expectations that God’s Church would live and be shaped by. The second passage comes from chapter 5. It poignantly and prophetically warns against those that would participate in oppressive acts against the vulnerable and turn against the poor in favor of the rich. If that isn’t an Anabaptist and Black theology-like challenge, then I don’t know what is. It should be of no surprise though, because ‘The Didache’ is clearly taking Jesus’ life and sayings seriously, which is a significant source for Anabaptism and Black theology. Be sure to give me some feedback, do you see it too?

(1:1-5) There are two ways, one of life and one of death; and between the two ways there is a great difference. Now, this is the way of life: First, you must love God who made you, and second, your neighbor as yourself. And whatever you want people to refrain from doing to you, and must not do to them. What these maxims teach is this: Bless those who curse you, and pray for your enemies. Moreover, fast for those who persecute you. For what credit is it to you if you love those who love you? Is that not the way the heathen act? But you must love those who hate you, and then you will make no enemies. Abstain from carnal passions. If someone strikes you on the right cheek turn to him the other too, and you will be perfect. If someone forces you to go one mile with him, go along with him for two; if someone robs you of your overcoat, give him your suit as well. If someone deprives you of your property, do not ask for it back. (You could not get it back anyway!) Give to everybody who begs from you, and ask for no return. For the Father wants his own gifts to be universally shared. Happy is the one who gives as the commandments bids him, for he is guiltless! But alas for the one who receives! If he receives because he is in need, he will be guiltless. But if he is not in need he will have to stand trial why he received and for what purpose. He will be thrown into prison and have his action investigated; and he will not get out until he has paid back the last cent. . .[1]

(5:2) Those who persecute good people, who hate truth, who love lies, who are ignorant of the reward of uprightness, who do not abide by goodness or justice, and are on the alert not for goodness but for evil: gentleness and patience are remote from them. They love vanity, look for profit, have no pity for the poor, do not exert themselves for the oppressed, ignore their Maker, murder children, corrupt God’s image, turn their backs on the needy, oppress the afflicted, defend the rich, unjustly condemn the poor, and are thoroughly wicked. My children, may you be saved from all this![2]